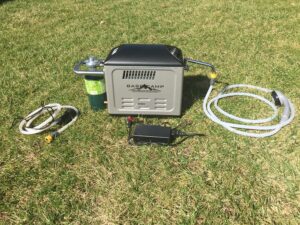 As part of our enclosed trailer conversion one thing we didn’t want to leave out was a warm shower. In the past I have seen guys dedicate part of their trailers to a shower, but in this build we are going to do something a little different that saves space, time, and money. Instead of a shower in the trailer we are going to use the Mr. Heater Portable Shower along with the Light Speed Portable Shower.

Over all this is a great out of the box product that really performed better than I expected. The Camp XB13 raised the water temperature by 30 degrees and the Camp XW18 raised it by 40 just like the both products claim. The 1.8 GPM pump puts out plenty of volume and pressure, but not so much that your wasting water. If you’re looking to add a shower to your enclosed trailer take a good look at this setup.

The main difference between the Mr. Heater Camp XB13 & XW18 is the 18 has an on-board rechargeable battery and fold out spout. The XW18 will heat up water about 10 degrees more then the XB13 but recirculating your feed water will also help. When picking which one to buy I would go with your camping conditions and how many people will use the portable shower. If you need more than 30 minutes of shower time and don’t have electricity, than go with the XB13 and bring extra D-cell batteries. If you have access to power and don’t want to carry extra batteries around then get the XW18. Besides this they both do a good job as long as you follow the tips below.

Tip: Allow water to sit in sun while riding and circulation is not required to bring up water temperature.
Tip: Put heater unit on outside of shower and your supply 5 gallon bucket inside then when lathering up place shower head in bucket instead of allowing water to run on ground or exiting shower to shut unit off.

Reviewing product like the Mr. Heater Portable Shower is hard because they work and do what they claim. If you like to camp where a warm shower isn’t available then this portable shower is perfect. Once I get the chance to use the shower a few dozen times I will check back in for a long term review. 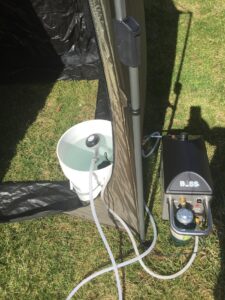 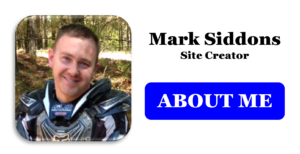 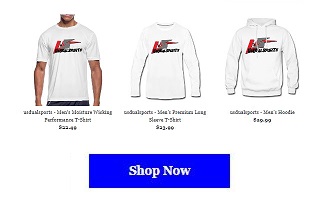 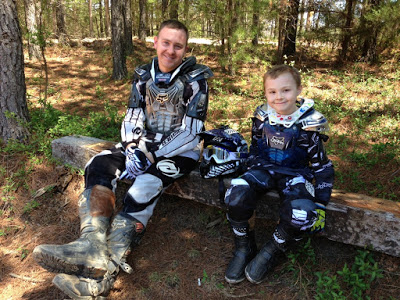 About UsdualsportsGet to know site creator. Link Below
New To Site? Get To Know me.

I already know you.